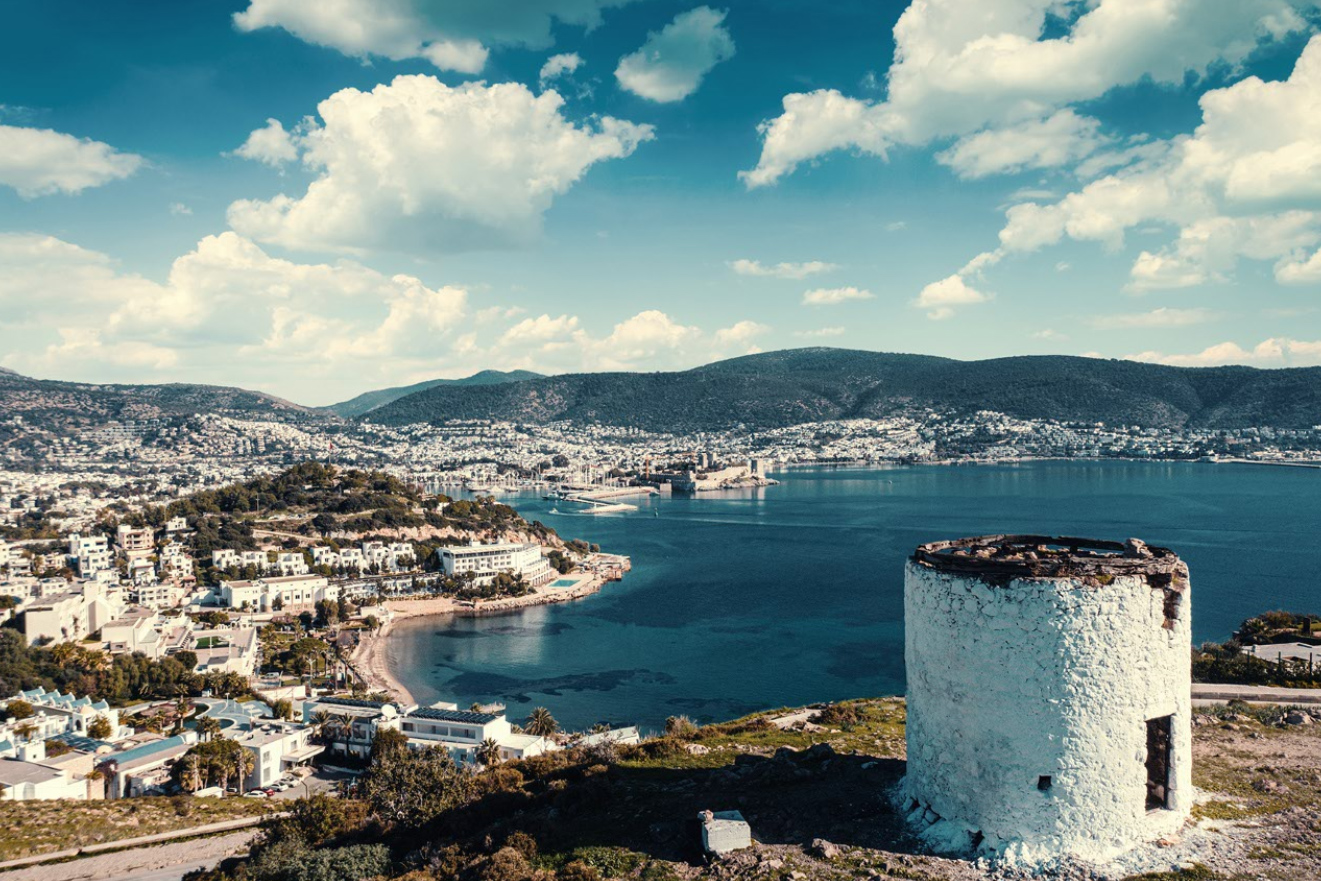 ”Women are meant to be loved, not to be understood.” – Oscar Wilde once said. It turns out, he is very right. Once upon a time, there was a beautiful boy named Hermaphroditos who according to Ovid happened to be the child of Aphrodite and Hermes. This handsome boy once went for a stroll and ended up at a bay, where the naiad Salmacis desperately fell in love with him and prayed to be united with him forever. (We will leave out the part where she allegedly tried to rape him.) A god answered her prayers by merging their two bodies into one: a hermaphrodite, where the word seems to have taken its origin. Little do we know what happened then, but legend has it that this bay was none other than the Bardakçı Bay in Bodrum.

With its centuries-old history, Bodrum, or with its mythological name Halicarnassus, is home to countless myths, this here just being one among many.

Home to the Mausoleum of Halicarnassus, built in the fourth century BC and ranked as one of the Seven Wonders of the Ancient World, Bodrum hosts a sheer unlimited historical and cultural heritage that is well worth to be admired. The Bodrum Castle, built by the Knights of St. Peter with its Underwater Archeology Museum proudly invites visitors to witness its strength and charm, while the Bodrum Antique Amphitheater hosts festivals and concerts in its fortified walls that equally reach back to the 4th century BC. 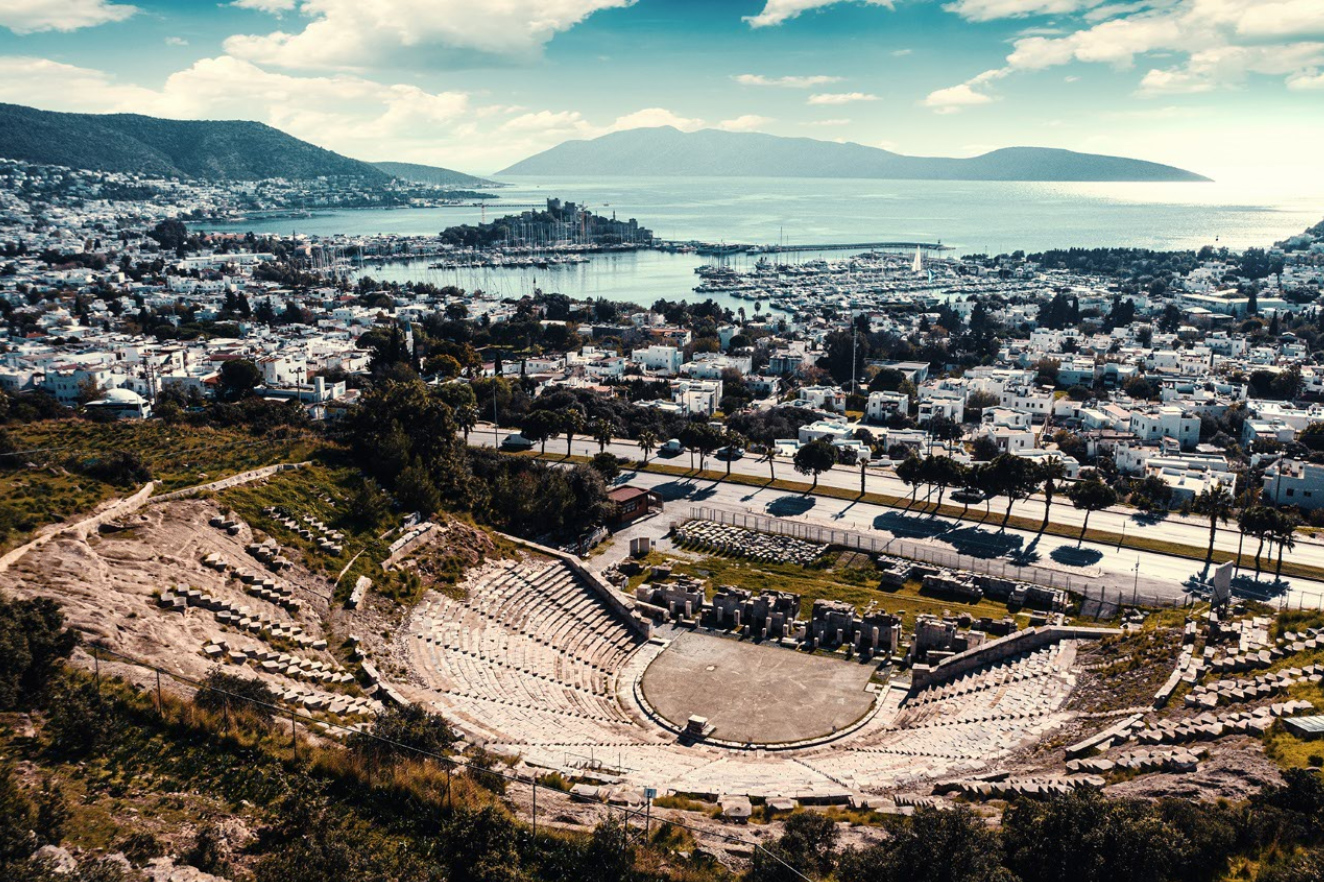 Do you enjoy reading Don Quijote, the masterpiece by Miguel de Cervantes? We assume you share our fascination for windmills, then. Isn’t it wonderful, that there are so many of them in Bodrum, still to be admired and urging you to deepen your knowledge of history? No less does the Myndos Gate, the only remaining gate of the 7 km long ancient stone rampart that once surrounded the city of Halicarnassus. The open-air museum that it has become is very well worth a visit. But maybe you prefer it a little darker, like, very dark. Dark as in the Gumbet Water Cisterns, called sarnics, which were built out of fieldstones during the Ottoman reign to collect and house rainwater.

No introduction to Bodrum would be complete without mentioning Zeki Müren, who with his open mind, acting and singing contributed to the soul of Bodrum - his house still being visitable as the museum it now is. And there’s Dibeklihan, a village dedicated to showcasing arts and crafts, both ancient and modern. If you feel that a traditional rug should be part of your home, we gladly suggest you visit the village of Etrim, where the craft of making rugs and carpets is strong and the history and culture of the region woven into the colorful patterns.

But there’s more to Bodrum than its cultural and historical aspects. If you have had the chance to visit this amazing town, you’ll agree. The nature in and around the town simply is breathtaking with its Aegean Flora and Fauna. Countless bays, like the Akvaryum Bay, Akyarlar, or the Paradise Bay will enchant every nature lover, while Gümüşlük with its famous fish restaurants should certainly make it on your to-do list. And then there’s shopping! One of our favorite activities, which can be pursued in the Milta Bodrum Marina or the Yalıkavak Marina. Be sure to shop for a jar of Tangerine marmalade, we bet you have never tasted anything so fresh and fruity before. No matter, if you like diving, golfing, or any other fun activity, there’s a good chance you will enjoy it to the fullest in Bodrum. Feel free to discover the whole beauty of Bodrum during one of our seaplane tours.

We use cookies on this site to enhance your user experience and to use Lujohotel.com in a most effective way. If you prefer not to be part of it, you can delete or block cookies on you browser’s settings. However, we remind you that might effect the usefullness of the website on your journey. Privacy Policy